All about LED technology and Energy Saving Lamps 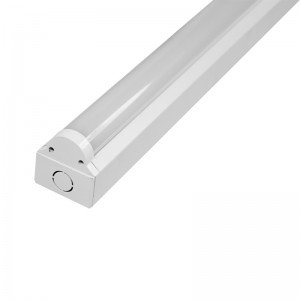 LED battens featuring integrated led tubes are currently the most sort-after lighting fixtures across the globe. They offer absolute uniqueness, high-quality of light and unparallel ease of installation. With their lightweight, in-built tubes, integrated T8/T5 tubes and slimline, these fixtures are sure to give your space an unobtrusive and elegant look. They’re also affordable and far much sophisticated than traditional fluorescent bulbs.

Energy consumption and cost is an important factor to consider when deciding what type of lighting you should use. Most people emphasize on installing energy-efficient refrigerators, ACs, and geysers. But they forget about the potential benefits of using LED Battens as compared to traditional tube lights.

LED Battens are highly energy efficient, saving users over 2 times the cost of tube lights and over 5 times that of incandescent lights. That’s definitely a huge amount to cut down your energy bills. Remember, having more fixtures brings more savings. So, you better start making the right decisions regarding your home’s lighting.

Conventional tube lights have a tendency to lose their brightness with time and some of its parts may even end up getting burned. That’s because they generate nearly three times the heat produced by LEDs. So, aside from emitting excessive heat, traditional lighting tubes and CFLs can also intensify your cooling costs.

LED Battens produce very little energy and aren’t likely to burn out or cause a fire hazard. Clearly, these types of fixtures again outplay other conventional tube lights as well as CFLs in terms of heat production.

They’ll Serve You for Many Years to Come

Conventional tubes and CFLs have a lifespan of between 6000 to 8000 hours, whereas LED battens have been proven to last for over 20,000 hours. So fundamentally, an LED Batten can easily last longer than the combined lifespan of 4-5 tube lights.

By switching to LED Battens, you’ll experience significant savings in terms of cost, productivity, and durability, all while decreasing your carbon trace and protecting the environment.

With LED Battens, you’re sure to enjoy optimal brightness throughout the product’s lifespan. But with conventional tubes such as CFLs and FTLs, the brightness levels have been found to reduce over time. As they expire, their levels of brightness degrade significantly until they start flickering.

Whether it’s on the wall or ceiling, the installation of LED tubs and battens is super easy. This is because all its components (including the end cover, aluminum housing, and LED cover) fit together seamlessly to create a compact unit. Actually, there are no extra wires hanging, thus making it appear even more beautiful and contemporary. Besides, it occupies a smaller space and shines sufficiently brighter than a traditional tube light. You don’t have to worry about darkening/yellowing of the tubes because LED Battens produce a bright, uniform light all through their operational life.

No Darkening; No Dangling Wires

LED tubes and Battens aren’t just slim and classy, but they can also enhance your home’s aesthetics within seconds. Existent in 1ft, 2ft as well as 4ft variants, these amazing lighting fixtures also have the ability to change their Correlated Color Temperature (CCT). This allows you to switch between 3 different light shades and find the perfect combination that really fits your needs and calms your nerves.

Replacing a 40-watt traditional tube light with an 18-watt LED Batten will save you money while also saving about 80 kWh of energy and reducing carbon dioxide emissions.  They’re an incredible option for those looking for high lumen efficacy, energy efficiency, and cost-effectiveness.

For more information and product  examples there is a good source here  LED Tubes.

In a nutshell, LED Battens combine aesthetics and energy efficiency, serving as an ideal lighting fixture for both.